A Danish company with deep roots..

Wood chipper manufacturer Linddana has grown to become a global market leader. But it started almost by chance. In 1978, Svend Lind purchased some woodland for hunting in, because hunting was his favourite hobby. The woodland he purchased was in dire need of some clearing and thinning, and it seemed a shame to let all of that waste wood and undergrowth go to waste. Svend Lind saw the potential in turning the waste wood into woodchip and using that as an alternative energy source. However, he struggled to find a suitable wood chipper on the market, so he decided to develop his own wood chipper and create his own company. A decision that quickly showed itself to be very sustainable, also on the international market. 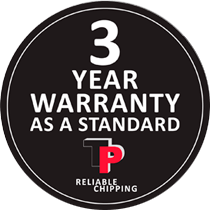